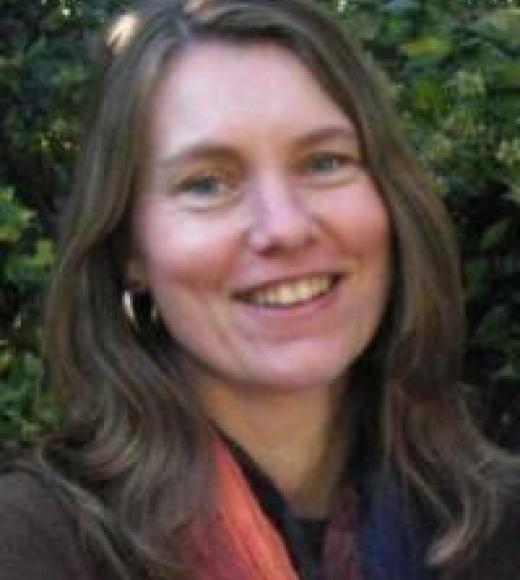 Dr. Harjes grew up in Bremen, Germany, and received a teaching degree in Germanic and Romance languages from the Universität Göttingen. She emigrated to the US and spent four years in New York working for the United Nations Population Fund before entering the Ph.D. program at UC Berkeley. There, she worked with Professors Hinrich Seeba, Robert Holub, and Elaine Tennant, graduating in 2001 with a dissertation on theories of history and memory in the context of Germany’s coming to terms with WWII (Dissertation Title: "Denkmäler, Literatur, und die Sprache der Erinnerung: Kollektives Gedenken an den Holocaust in Deutschland nach 1989”). Since 2003, Dr. Harjes has been teaching history, literature, film, and language classes mostly for the UC Davis German undergraduate program, the film and the medieval studies programs, summer school, and the Master’s program in public history at CSU Sacramento. In 2012-13, she was Interim Language Coordinator for lower division German and Russian. Dr. Harjes has also worked in K-12 outreach at the Davis high school, and at the UCD Center for Human Rights in the Americas. Her current research interests focus on experiential memory practices and concepts of authenticity.

Professor Sven-Erik Rose's earlier book, Jewish Philosophical Politics in Germany 1780-1848received a major award from the Association for Jewish Studies (AJS). His current research, which delves into the written works created by Jewish peoples during their time interned by the Nazis in ghettos - most famously in Warsaw, Lodz and Vilna - is highlighted in the March 2019 issue released from the AJS. Read his comments about his research quoted in the publication here.

To all of our 2018 incoming first year and transfer students, your advisers in Sproul Hall wish you a warm welcome! Willkommen !