In alignment with the campus directives regarding the precautions surrounding COVID-19, the Languages and Literatures academic advising offices are now physically closed.  Our Advisors remain available and will be offering academic advising appointments to students through zoom, phone call, or email.  Once you have scheduled your appointment in the online appointment system, your advisor will reach out to you via email with instructions on how to connect with them using zoom, phone call, or email. Resource FAQ for Students

Faculty Statement on Increase in Violence Against the AAPI Community and the Mass Murders of March 16, 2021

The undersigned faculty of the Department of German and Russian express their outrage at the recent increase in violence against Asian Americans and the AAPI community in general. In particular, we stand in solidarity with the victims of the mass murder in Georgia on March 16, 2021 — and note with consternation that the police spokesman initially responsible for the case had himself tweeted anti-Asian racism within the last year.  READ MORE...

On the undergraduate level, the Department sponsors one of the most robust German programs on the West Coast, offering a rich selection of courses in German and English as well as extensive study-abroad opportunities. On the graduate level, the Department provides its students with a solid basis of erudition while encouraging innovative and multidisciplinary pursuits. A number of exciting new faculty appointments over the past few years have further enhanced the Department's research and teaching strengths. Each year, the Department also hosts a Max Kade Distinguished Visiting Professor from one of the German-speaking countries. The Department recently was ranked 5th in the nation by the Chronicle of Higher Education with respect to faculty research productivity.

UC Davis, part of the world-renowned University of California system, is one of the nation's top public research universities. UC Davis enrolls more than 30,000 students and has an internationally recognized faculty. Among all public universities nationwide, it is ranked 9th (U. S. News & World Report 2011) in overall quality. It also has been elected a member of the prestigious Association of American Universities, to which only 60 leading research institutions belong from among more than 3,000 public and private colleges and universities in the United States. UC Davis offers 103 undergraduate majors and 80 graduate programs, more than any other UC branch, providing extraordinary breadth and quality in study and research. Its library contains 3.29 million volumes and its 5,300 acre campus is the largest in the UC system. Set in the heart of California's beautiful Central Valley, the campus is about ten minutes by car from the state capital (Sacramento) and about an hour by car or train from the San Francisco Bay Area with its world-class museums, opera, theater, restaurants, bookstores, etc. Napa Valley, redwood forests, Lake Tahoe, and the Sierra Nevada mountains all lie within easy driving distance of Davis. 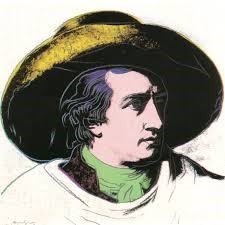 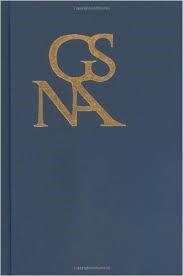 The Yearbook aims above all to encourage and publish original English-language contributions to the understanding of Goethe and other authors of the Goethezeit, while also welcoming contributions from scholars around the world. The book review section seeks likewise to evaluate a wide selection of recent publications on the period, and should be of interest to all scholars of 18th-century literature.

Originally conceived as a vehicle for Goethe criticism in English during the Cold War political tensions, when the most prestigious Goethe publication, the Goethe Jahrbuch, was not available to most Western scholars, the Yearbook subsequently gained the respect of the international community under the editorship of Thomas P. Saine. Under his successors, Simon Richter and Daniel Purdy, the Yearbook went to an annual publication schedule. Since 2013 it is being edited by Adrian Daub and Elisabeth Krimmer.

Faculty Statement on Increase in Violence Against the AAPI Community and the Mass Murders of March 16, 2021

“Recent alumna Nossett publishes article on the ‘language of flowers’”

END_OF_DOCUMENT_TOKEN_TO_BE_REPLACED
Subscribe to Latest News Block with View all link

Welcome to Fall to Current and New Students