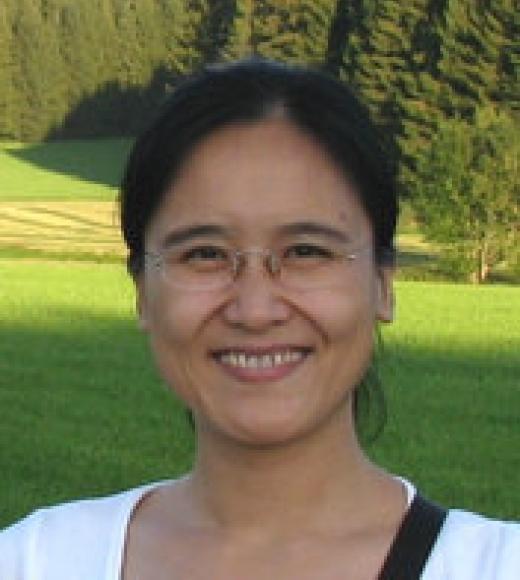 The core trajectory of my intellectual pursuits has been exploring global and transcultural perspectives in the study and teaching of literature, culture, and ideas. My areas of research interest include the long eighteenth century, global modernisms, Asian-European studies, contemporary refugee literature, and postcolonialism. I serve on the editorial board of The German Quarterly and on the advisory board of Eighteenth-Century Studies and also serve as a director-at-large of the Goethe Society of North America. I co-edit the book series “Asia, Europe, and Global Connections” with Routledge. My research has been supported by the Alexander von Humboldt Foundation, Volkswagen Foundation, Mellon Foundation, Hellman Foundation, NEH, and the DAAD.

Currently, I am finishing a book manuscript The Quest for Liberation: Philosophy and the Making of World Cultures in China and the West, 1900—1960. Often referring to Kant and the European Enlightenment as its intellectual source, the debate on cosmopolitanism aims to overcome the singularity of nation as a conceptual paradigm in the postcolonial age of global capitalism. Yet, in addition to this Western lineal history of cosmopolitanism, the spatial perspective of global intellectual history reveals that, in the first half of the twentieth century, both Chinese and Western thinkers engaged with Eastern and Western philosophies to envision new cultural forms for the world. Their less-studied ideas broke new grounds in ethics, religion, justice, and sexuality beyond the European lineage. They contributed to the decisive shift from nation to trans-nation in quest of a new rationalism, promising greater liberation from inherited traditions and serving as the moral foundation for all. Their vision of an ontological common for the world will help imagine a better world community in our time of global crises and deepen mutual appreciations between China and the West.

My first book Transculturality and German Discourse in the Age of European Colonialism (Northwestern UP 2017) situates German literature and philosophy in the polycentric world of the eighteenth century. While the Enlightenment is commonly related to the process of nation building, my book delineates the contour of a transcultural discourse, in which I highlight the influence of non-European cultures on German thinking in a key period of global modernity between 1756 and 1835. Although German intellectuals were fascinated with non-European cultures, the German lands, unlike Britain and France, did not have a central political power and colonies of their own. This difference challenges the basic assumptions of the critique of Empire and the Orientalist representations. Yet German thinkers also developed seminal (and disturbing) concepts such as racial hierarchy and historicist thinking about civilizations. This fact makes it difficult to uncritically embrace Enlightenment legacy. Moving beyond the question of empire or enlightenment, I use the German case as a less-trodden path to shift ground from predominantly critiquing Eurocentrism toward diligently detecting global connections and enhancing the visibility of non-European contributions in global modernity. Non-European cultures are not exotic or on the margins – rather they perform a constitutive force in the German discourse in the age of European colonial expansion. The South Pacific travel writings by George Forster and Adelbert von Chamisso, dramas and Robinsonades by August von Kotzebue and Johann Joachim Campe, Herder’s philosophy of history, and Kant’s theory of geography—all these works demonstrate important elements of a transcultural consciousness next to nationalist movements. The term “German” in my book does not mean the national tradition of literature and culture that defines German identity. Rather this term refers to the language that connects cultural communities spreading across the European continent and registers heterogeneous interactions between German, European, and non-European cultures in a global genealogy.

My edited book Composing Modernist Connections in China and Europe (Routledge, 2019) uses Bruno Latour’s concept of compositionism to stress modernist connections within literature, culture, history, and media beyond the nation state and the bifurcation between East and West. Moving beyond deconstruction, this book composes and forges new combinations, linkages, and translations that place Chinese and European modernisms on equal footing. In the co-edited journal issue “Goethe, Worlds, and Literatures” (Seminar: A Journal of Germanic Studies, 2018), my co-editors and I explore the making of Goethe as a classical writer for the concept of world literature. We endeavor to show the different constructions of Goethe’s image in various historical and cultural contexts. We break the phrase of world literature into worlds and literatures in order to highlight the multiplicity in the long reception history of Goethe’s works around the world. I also edited the scholarly forum on “Asian German Studies” with the journal German Quarterly (93. 1, Winter 2020) to discuss the state of this emerging interdisciplinary field and its teaching and research potentials for the future. Contributors review themes such as Chinese-German, Japanese-German, Indian-German, Vietnamese-German connections in relation to exile studies, Turkish-German studies, global German studies, and transpacific German studies.

I co-directed the research cluster and interdisciplinary digital project Migration and Aesthetics at UC Davis in the academic year 2020-2021. In the past, I chaired the program committee of the American Society for Eighteenth-Century Studies and also chaired the committee for the DAAD/GSA book prize in literature and cultural studies at the German Studies Association.

Transculturality and German Discourse in the Age of European Colonialism (Evanston, IL: Northwestern University Press, May 2017).

Bertolt Brecht’s Me-ti or the Aesthetics of Translation, Ziegler Lecture, The University of British Columbia, March 2022

World as Method in the Early Twentieth Century: A Comparative Perspective, Worlds of Literature – Competing Notions of the Global, Freie Universität, Berlin, July 2021

Max Weber, China, Foucault, and the Care of the Self, Universität Göttingen, Germany, May 2018

The De-Political of the Political: Refuge, Identity, and Vulnerability, University of Sydney, Australia, October 2017

Garden Empire or the Sublime Politics of the Chinese-Gothic Style, University of Tokyo, Japan, July 2017

Immanuel Kant's Physical Geography: Authorship, Spatiality, and Cosmopolitan Practice," How Radical was the Enlightenment, University of Illinois at Urbana-Champaign, November 7-9, 2013

Connected by Water: The Global Left and Avant-garde Filmmakers from Germany and China in the 1930s," Annual Conference of Society for Cinema and Media Studies, Boston, March 2012

From Sinophilia to Sinophobia: the Image of China, the Universal, and the Recognition From Afar,” Workshop “Visions of the World: History, Form, and Function of Universalism,” Duke University, April 2009